A Ride on the Railway in Sri Lanka 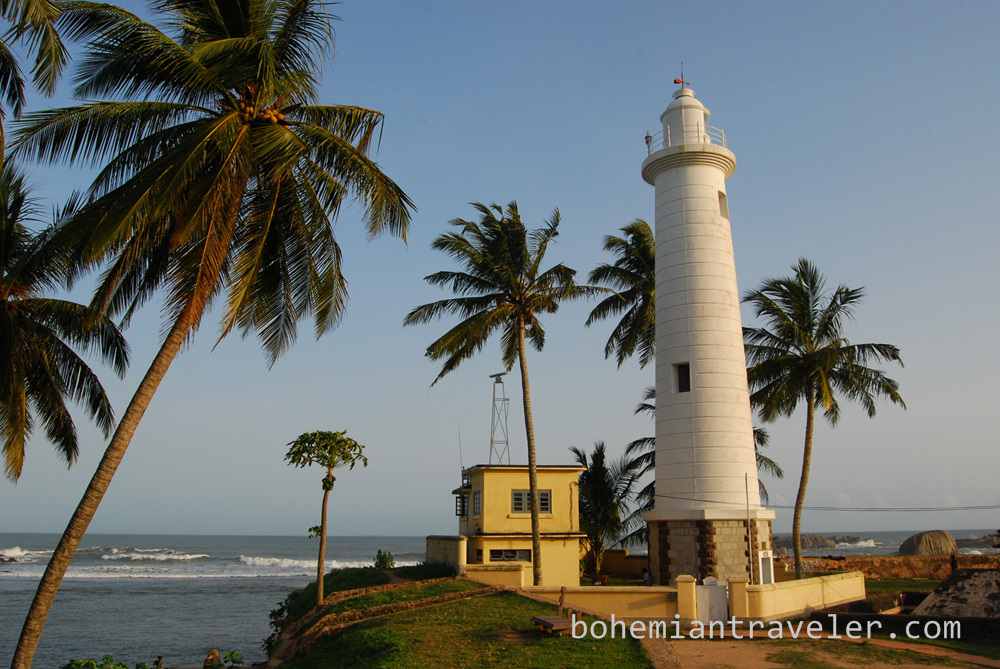 The lighthouse of Galle, Sri Lanka in the setting sun.

As long-term travelers, we encounter many difficulties and challenges along the road. We may often be testing our comfort zone while enduring long and arduous journeys. So we savor the magic moments that travel throws at us and remember those times to keep us going through the difficult ones.

I experienced such moments recently while walking on the old fort walls in Galle, Sri Lanka. Galle is a colonial city established by the Dutch on the southwest of the island. The fort juts out on a peninsula into the Indian Ocean. Its large resilient building blocks reveal bits of seashell and coral when examined closely.

Every night, an hour or two before sunset, people gather high on the walls and along the shoreline below. Locals, domestic tourists, souvenir salesmen, and foreign travelers ramble, converse, or just sit and look out to the passing cargo ships. 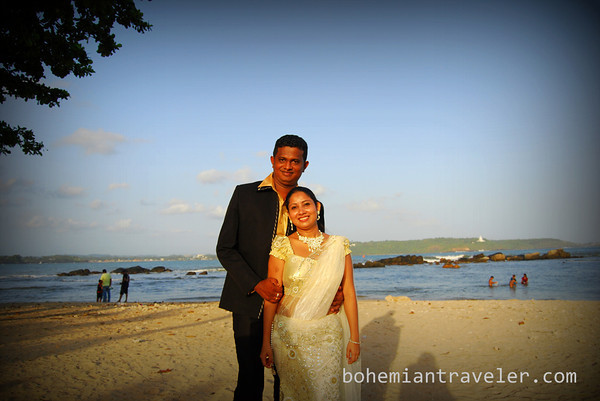 On a Thursday evening at about 5pm, we headed out from the small room we were renting in a family’s house. We walked toward the tall, well-maintained and still-functioning light house. Underneath it, we came across two couples getting their wedding photos taken.

Further along the wall, men hawked bracelets and other trinkets. By this hour, the snake charmer and his leashed monkey, who we had seen earlier in the day, had already left.

On a high battlement, where a swivel canon had once been attached, we ran into a large group. They were wearing white school uniforms and their teachers accompanied them.

“We’ve traveled 10 hours by bus to get here.” One teacher told us. Both they and their students were shy, but curious, and had huge smiles on their faces. 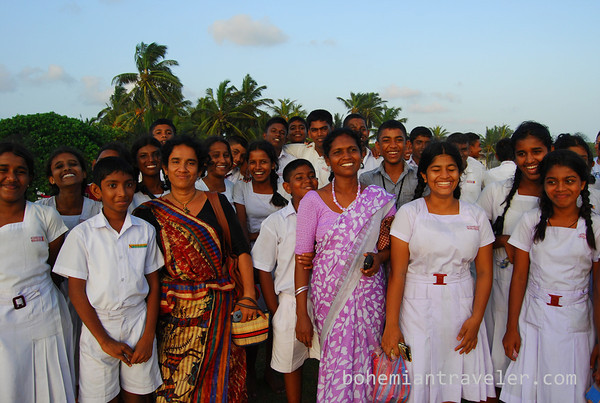 My smile was just as big. Despite traveling in Sri Lanka for four days, I hadn’t really met any Sri Lankans. I know that sounds odd, but all the people I had had interactions with up until this point, I had conducted some kind of business with: buying food or renting a room, etc. This interaction was between people who had nothing to gain from one another.

“We’re farmer’s daughters.” She told us, probably trying to explain that they were from a rural town or village.

We told them where we were from and took some photos together.

Soon after that, the sun made its way into the Indian Ocean, the reflection glaring off the rough ocean.

Photos from Galle Fort at Sunset 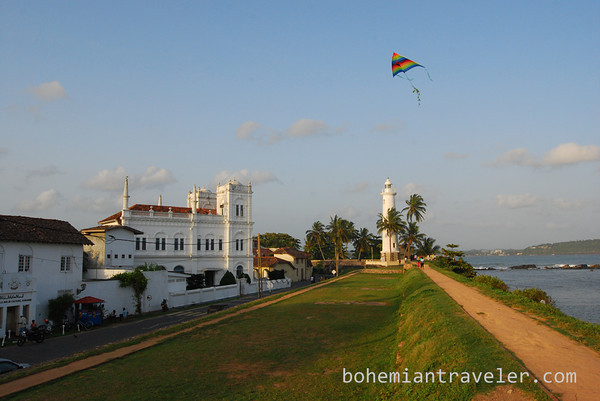 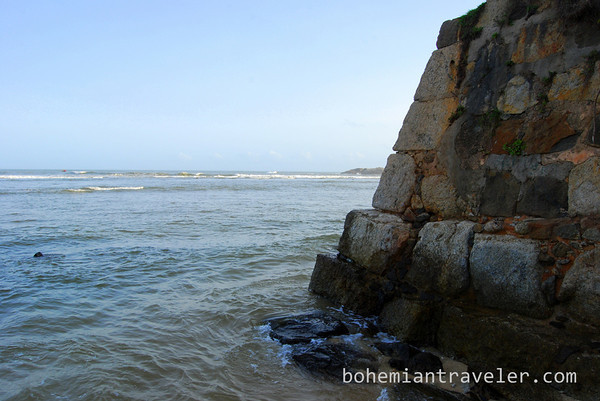 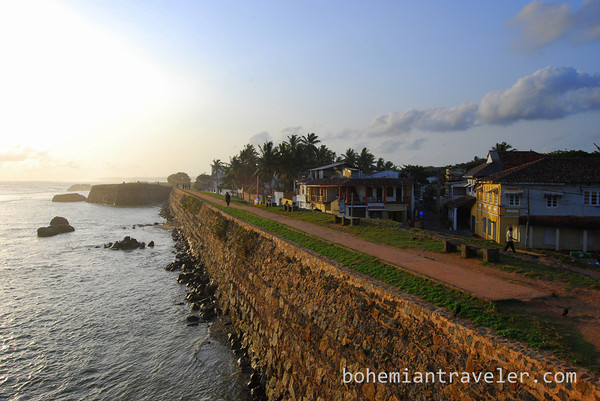 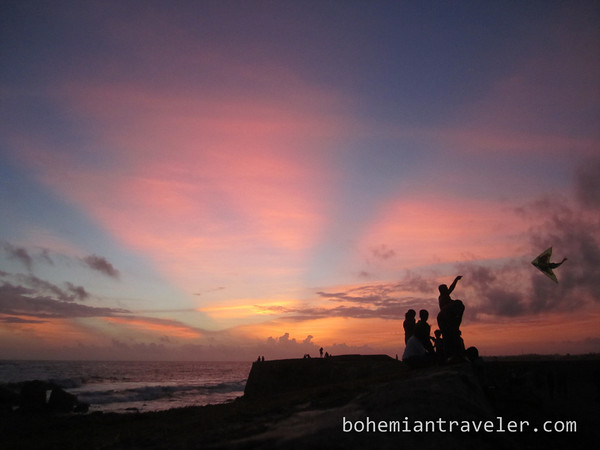