The Philippines: The Good, the Bad, and the Ugly

Photos from the Road: Bantayan Island Beach and Ocean

Snorkeling and Diving on Malapascua Island

The Philippines: The Good, the Bad, and the Ugly

The Philippines has some incredible destinations. I’ll start with the phenomenal rice terraces of Banaue and Batad, high in the Cordillara Mountains of Luzon. For three days, I trekked among what I consider one of the grandest human construction achievements on earth. It is worth flying to the Philippines to see these alone. I also heard many great things about the remote island of Palawan, with its famed Underground River. The beaches and diving off the islands of the Visayas are some of the world’s best. Personally, I liked the little mountain getaway town of Sagada and the colonial city of Vigan. The beaches of Bantayan and Malapascua were my favorites. 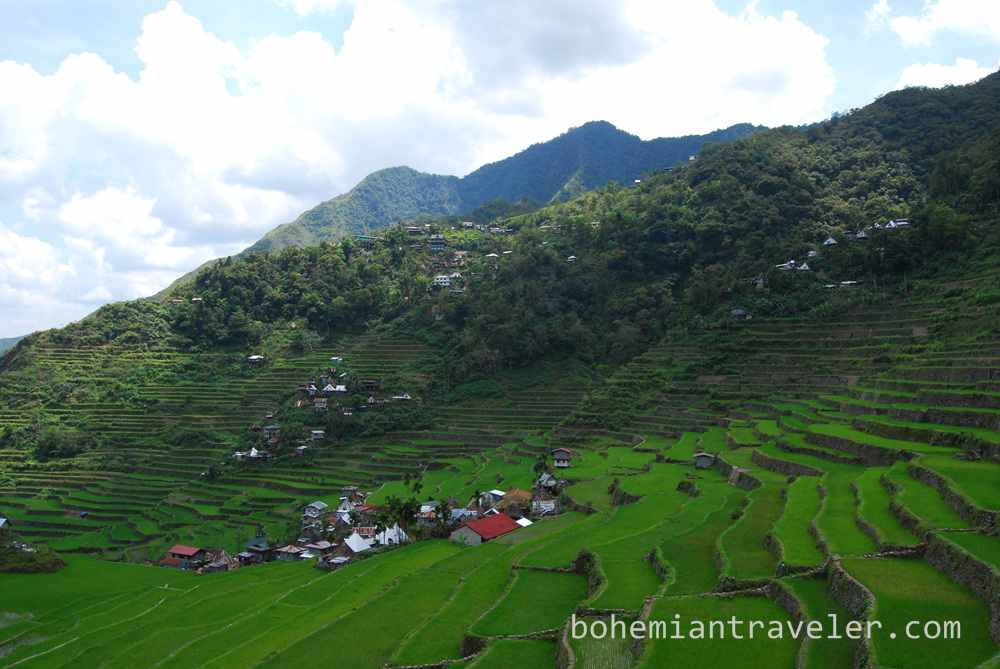 A view of the Batad Rice Terraces in the Philippines.

Filipinos are friendly. They’re also very respectful and modest. (The same goes for Filipino expats and emigrants; they are consistently the friendliest and most upbeat people I’ve come across in my travels.) The Philippine Archipelago is made up of 7,000 islands stretching across more than a thousand kilometers. It was settled by Malays and before that was home to several indigenous groups. Over the centuries, the Chinese have had traded with peoples of the Philippines and there was great influence by Spanish and American colonial rule. All of these influences have created an interesting mix of inhabitants that still have diverse cultures, festivals, cuisines, as well as speaking at least 150 different languages. 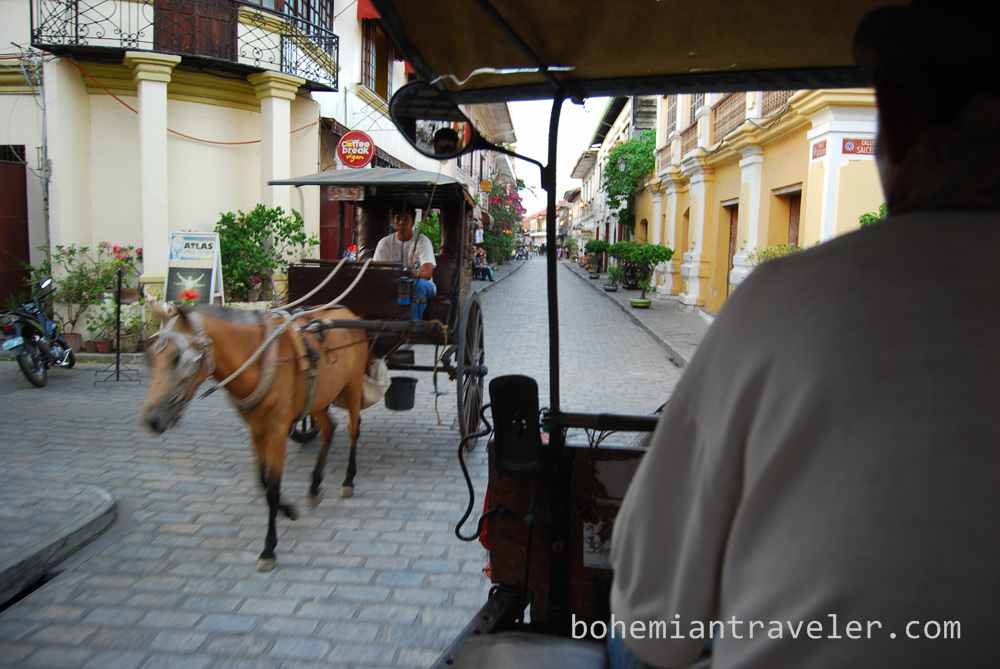 Riding a horse carriage through the old streets of Vigan.

English is the means by which Filipinos from different parts of the country communicate with one another. It is also the language of formal education. This is good for travelers—not because I think everyone should know English—but because it allows the traveler to have more meaningful interactions with Filipinos. I was able to chat with the old guy on the bus, talk to the kid on the beach collecting seashells, and learn about processing rice by hand from a woman in a rural village. And no doubt, it just makes getting information about a hotel room, or your next bus or ferry, a lot easier. 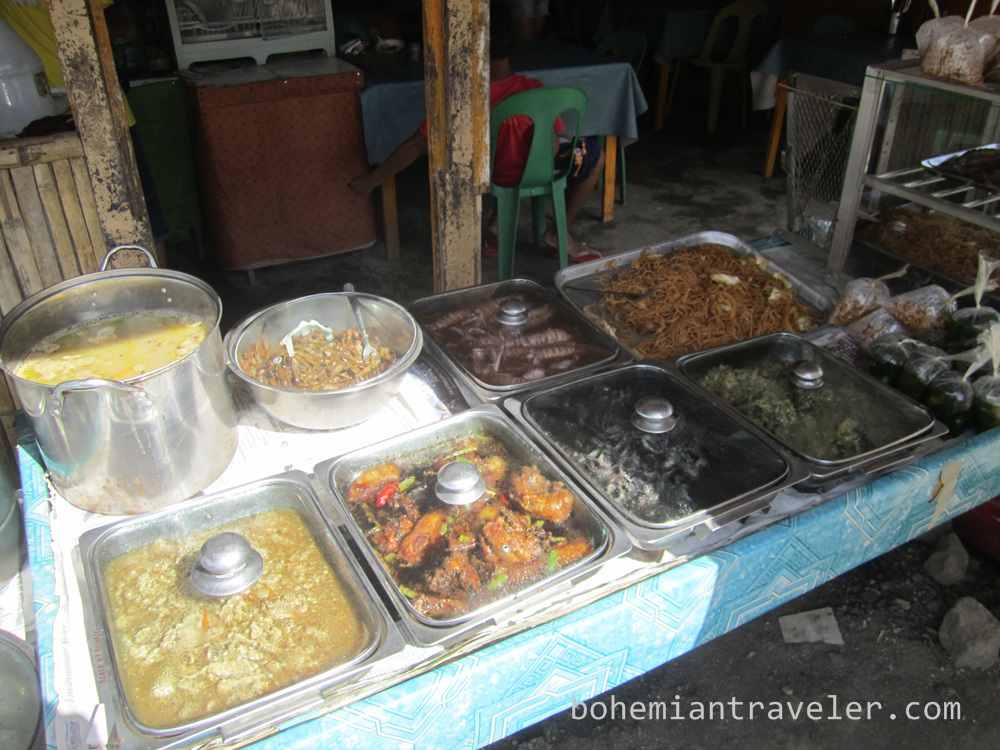 An example of good, freshly prepared, whole food in the Philippines.

This is both a good and a bad. Filipino cuisine, in theory, is quite good and I had several nice meals and tasted as wide a variety of food as I could: from common dishes like barbecue chicken and pork adobo to more exotic foods like kare-kare and sisig to comfort foods like batchoy and pancit. But…it is challenging to find good quality and well-prepared food. Processed meats in tins are quite common and an outrageous amount of salt is typically used. When I could find fresh meat and fish, it was tasty, but much of the time this proved difficult.

Remember I said that the Philippines had some incredible destinations? Well, it also has some incredibly uninteresting destinations as well: cities with heavy traffic and dirty air which are of little interest to travelers. Transportation is also slow and difficult. The fact that the Philippines is a country consisting of islands makes transportation infrastructure challenging. Read ahead about the places you want to visit and how to maximize your time there, while minimizing your time elsewhere.

Not a great Value

When comparing the Philippines to its Southeast Asian neighbors, it’s a little more expensive. The Philippines is just not a great value overall. Things might seem cheap if you’re coming from the west; but you get what you pay for. Most accommodation and food is poor quality unless you spend a lot of money. Ground transportation overall is a good value, however, making a several-hours trip only costs a few dollars. For a closer look at expenses, read my article: What it Costs: A Day of Travel in the Philippines

The good news is: you get a 21-day visa for free on arrival. More good news is that visa renewal is a relatively easy process at any provincial office. The bad news is: it’s expensive. I paid $75 to get an additional seven days. Part of this was bad planning on my part; I should have only stayed 21 days. That’s what I recommend to you: limit your travels in the Philippines to less to 21 days or less.

I can sum up the ugliness of the Philippines in two words: diesel exhaust. It’s my least favorite part about the country. Transportation, by and large, is in the form of jeepneys (a combo of share taxi and bus), each of which constantly belch out dark, smelly clouds of exhaust. During the time I spent in urban areas (which I tried to minimize), I held a handkerchief up to my mouth to ease the breathing (like many others did). 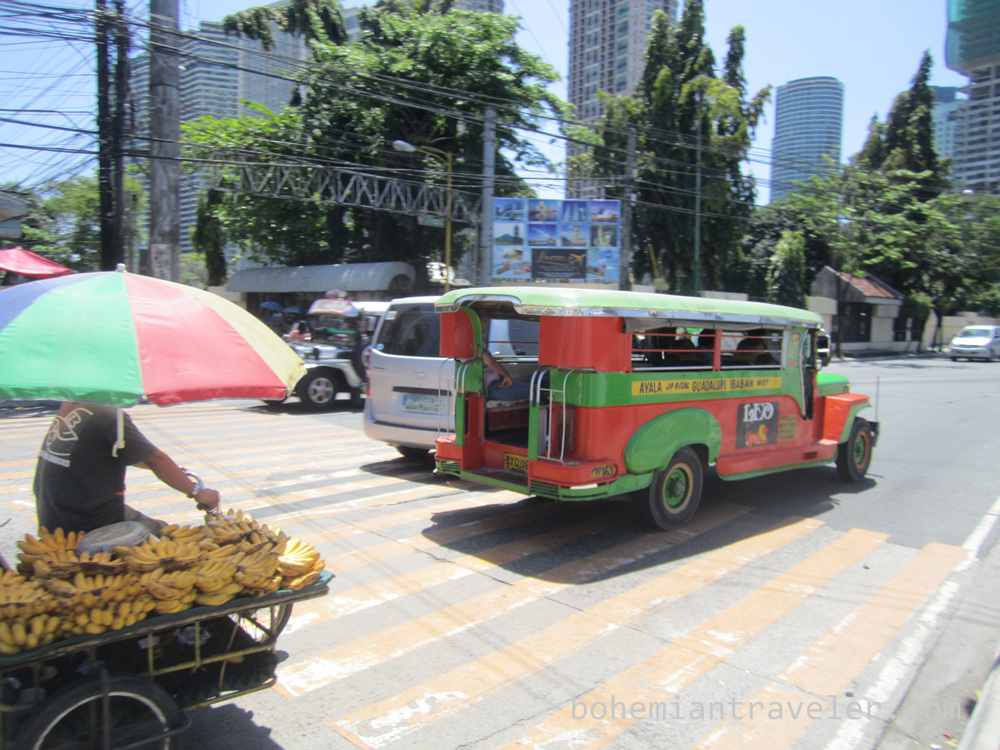 A smoke-belching jeepney in Manila traffic.

First, I’ll say that I took above-average precaution and had zero issues with crime. I think the Philippines is safer than everyone says it is…but I may be wrong. There are armed guards outside nearly every business (including fast food restaurants!). Filipinos are the first ones to tell you how dangerous their country is. They’re the ones with their backpacks on their front side. As a traveler, I would be aware of the issue, but no need to be paranoid and don’t let safety prevent you from visiting the Philippines.

A security guards stands watch at a beach resort in the Philippines.