First Day in a New Country: Here’s What I do 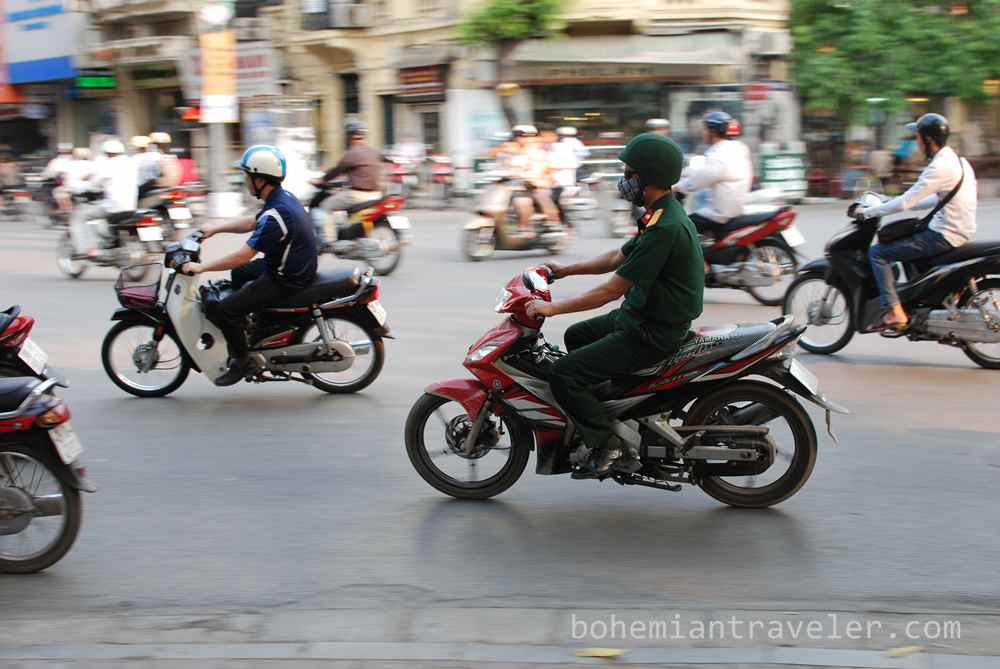 People had warned me about the traffic in Hanoi. I thought I was prepared to take it on—but I wasn’t. It’s not big trucks or bumper-to-bumper cars, but motorbikes—and lots of them.

The day we arrived, our host Jenny, took us out into rush hour traffic on the way to a bar to meet her co-workers for happy hour. I was overwhelmed. The streets aren’t big and there weren’t many cars, just an endless stream of scooters, motorcycles, and electric bicycles. We cut down an alleyway for a little relief, but somehow the motorbikes make it through even the smallest streets. Jenny pointed out an old B-52 bomber that had crashed in a small pond. The wreckage is still visible, sticking out above the surface of the water. It’s in a residential neighborhood, far off the tourist track.

Back on the main roads, we proceeded to make our way with caution and finesse. There is an art to crossing the street in Hanoi, and I’ll do my best to explain how.

How to Cross the Street in Hanoi

Oddly enough, pedestrians are the minority in this city. Also, public transportation options are limited. There are a few busses that run around town. Taxis are usually reliable, but sometimes they jury-rig the meter to skip ahead at uneven intervals.

The city is well-viewed on foot, but it takes effort to keep alert in order to not get hit. The narrow back streets are also fun to explore. But, again, watch out for those motorbikes whizzing past, with a courtesy warning beep seconds beforehand. But if you’re brave enough, rent yourself a motorbike and give it a drive around the city! Or, if you’re even braver, hop on the back of a moto-taxi and let your camera roll!

To capture some of these photos, I used a technique called panning. You’ll notice the ones where the motorbike is in focus and the background is blurred—I actually moved my camera along with the moving bike and snapped the image.

The photos with blurred bikes were taken in a conventional manner.

Thanks to Jenny for hosting @RunawayJuno and me and for showing us the ins and outs of her new home—Hanoi—and its incredible food. She’s from Canada, has done a ton of traveling, and settled in Hanoi for the time being, teaching English. Check out her food blog Culinary Wanderlust. 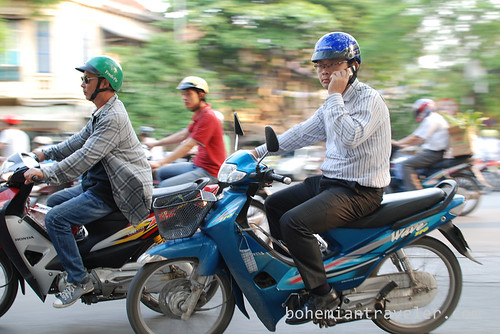 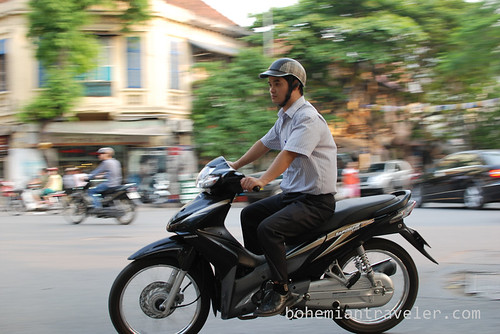 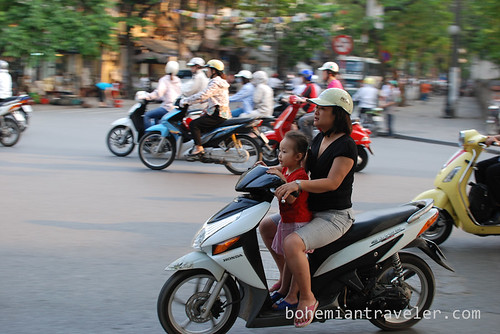 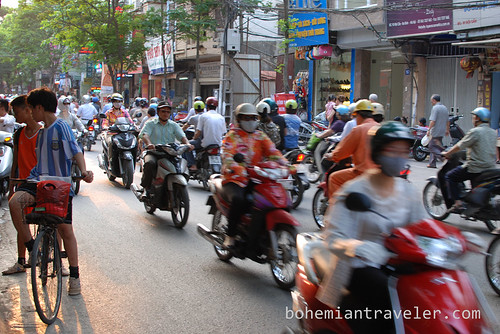 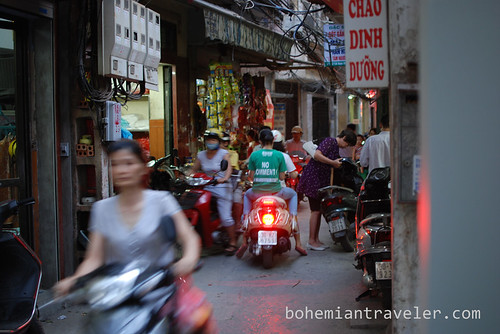 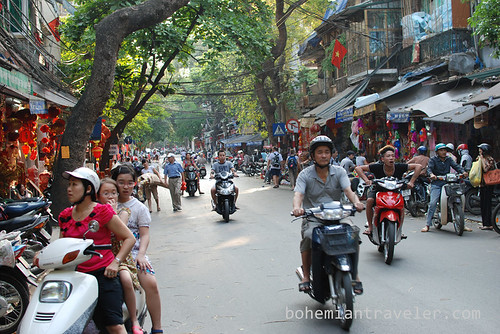 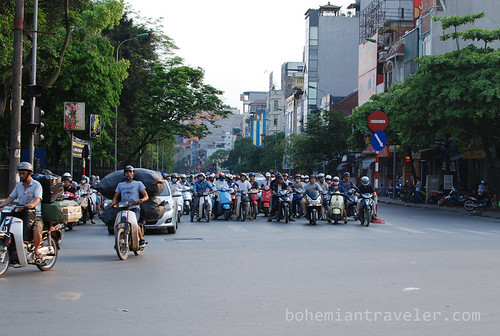 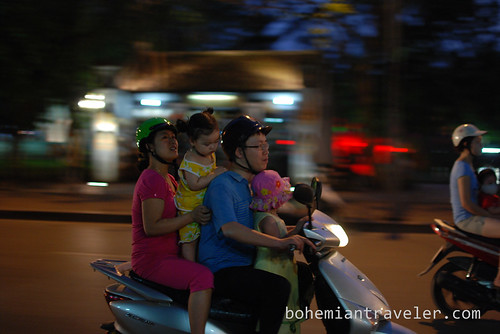 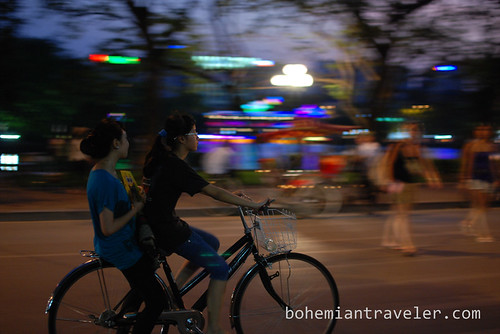 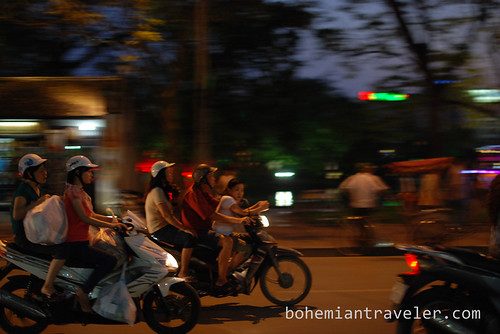 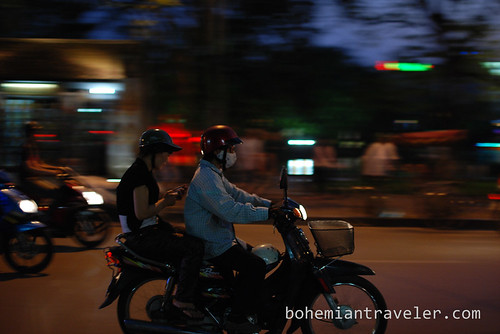