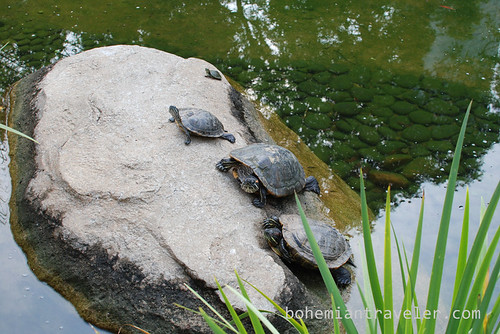 Hong Kongers have a slight obsession with terrapins. That’s cool, ‘cause I like them too. Find the friendliest turtles in Hong Kong Park, near the tramway to Victoria Peak, a great vantage point to seeing the skyline of Hong Kong. Or hike up the path yourself in 1 ½ hours. 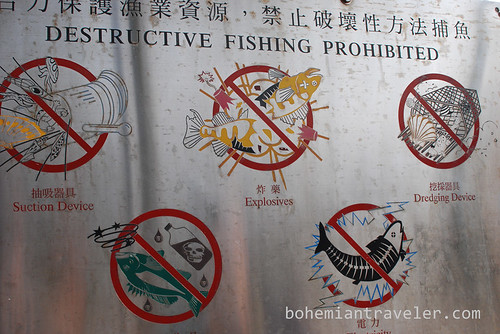 Signs in Hong Kong are very quirky and sometimes humorous. It’s either the picture that goes along with the request, or the nature of the request itself that is funny. One public sign near the pier in Sai Kung, explained the different fishing methods that were illegal: using explosives, suction devices, dredging devices, toxic substances, or electrocution.

Another signpost in the art museum notified us that the Education Corner was disinfected 8 times per day. Other signs are constantly telling us that spitting spreads germs. 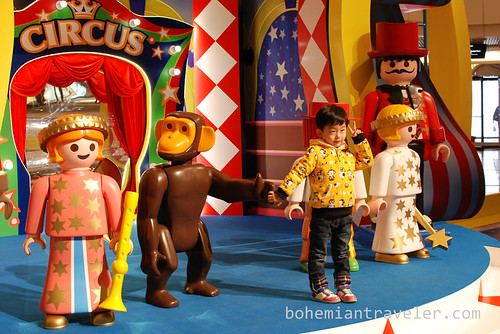 How about this little guy posing with the giant Legos? His mom made him stand there for about 10 minutes until he got his pose right. 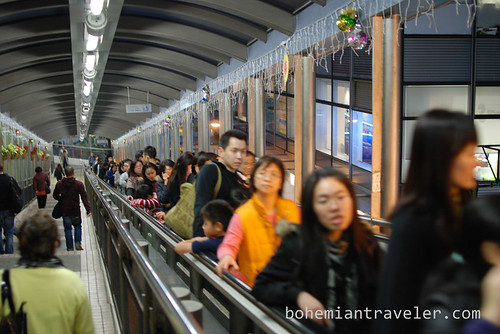 Another idiosyncrasy of Hong Kong is its outdoor escalators.  Covered and elevated above street level, they whisk passengers from Central Station up to the residential neighborhoods. They run upwards all day, except for the morning rush hour when they run down from 6-10am. The Mid-Levels Escalators rise in sections 800 meters up the hill as far as Conduit Road. 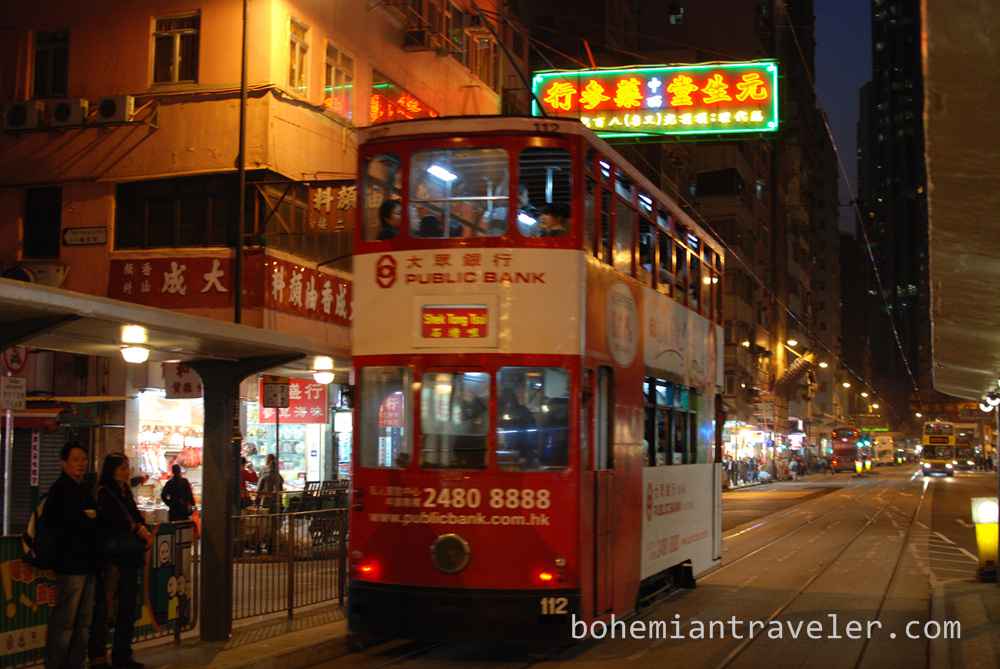 In a city of modernity and technology, it’s surprising these trams are still running. They’ve been rattling along Hong Kong Island’s north shore since 1904. Ride the upper deck at night and enjoy the lights of the city. Board in the back and pay $2 HK ($.25 US) when you exit. 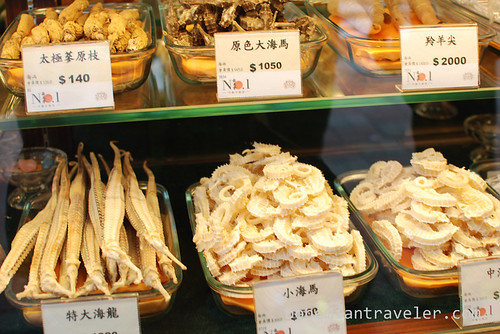 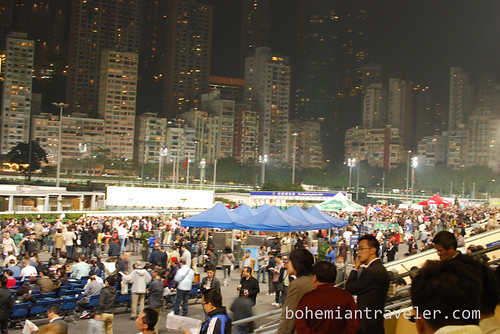 We generally think of horses and horseracing as an activity or pastime in the countryside or at least on the edge of a city. Think Churchill downs or racing at Saratoga Springs, NY. But in Hong Kong, the racetrack, affectionately named Happy Valley Racetrack, is situated downtown among the high rises of Hong Kong Island.