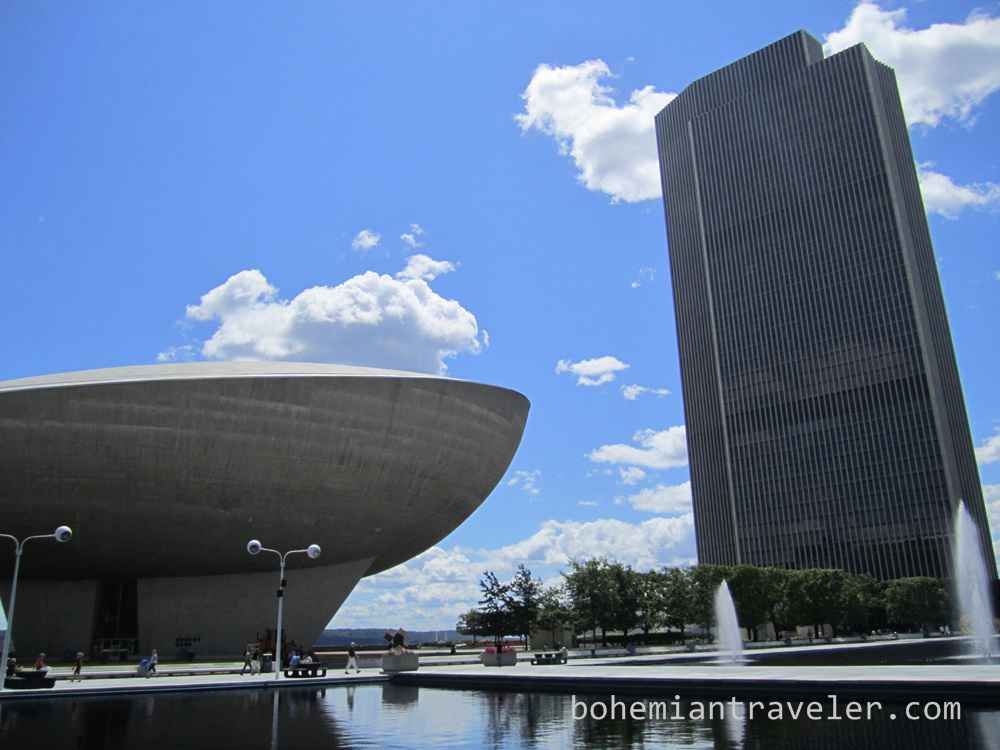 The Egg and Corning Tower of the Empire State Plaza 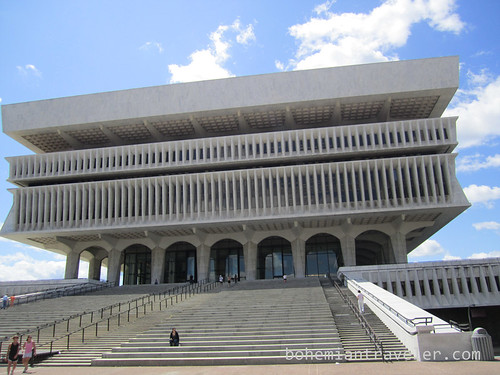 The grand vision of Nelson Rockefeller, the Empire State Plaza was constructed between 1959 and 1976 at a cost of $1.7 billion. The 40-block zone displaced thousands of residents but is credited with the revitalization of downtown Albany. Some of its 11 buildings include the New York State Museum, the Egg (preforming arts center), and the 42-floor Corning Tower which has free observation deck. 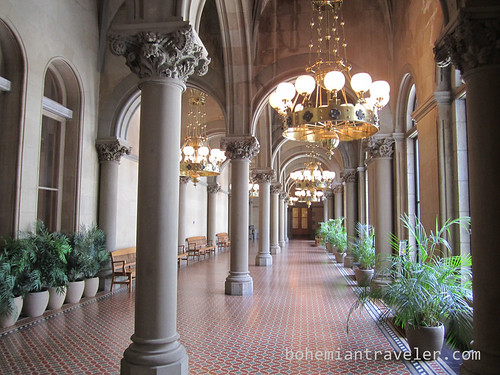 Begun in 1867, this stunning building took 32 years and $25 million to complete. It took several different architects over the years, which probably explains the mélange of architectural styles, from Italian Renaissance to Romanesque to French Renaissance. Although it doesn’t seem like much, the cost in today’s figures would be a staggering ½ billion dollars. Don’t miss the “Million Dollar Staircase”. Tours are offered 7 days a week at selected times. 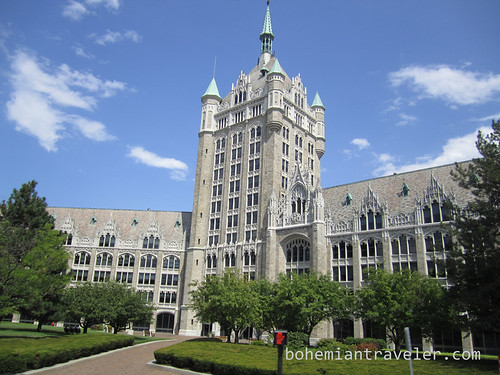 What was once the administrative offices of the Delaware and Hudson Railroad, this building is handsome enough to be the Parliament building of some country. Today it’s occupied by the State University of New York. The giant weathervane at the top is a replica of The Half Moon, Henry Hudson’s ship. 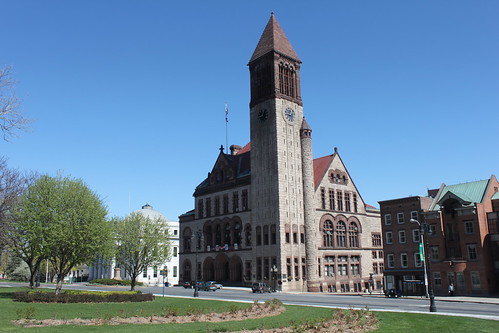 City Hall was constructed between 1880 and 1883 and houses the first municipal carillon in the United States. It was equipped with 60 bells in 1927 and is still played today. 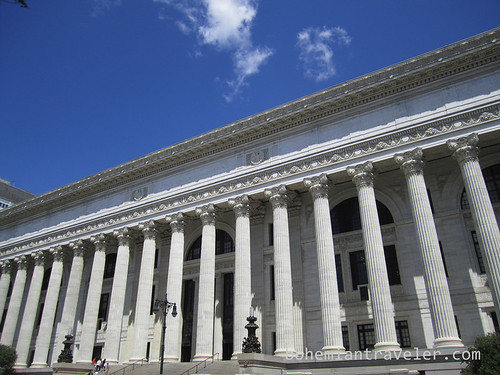 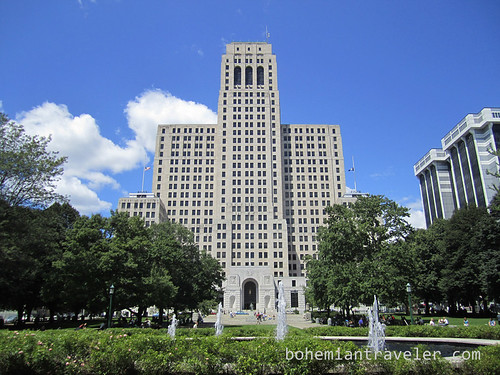 Completed in 1928, this Art Deco skyscraper has 34 stories and is the second tallest structure in Albany. 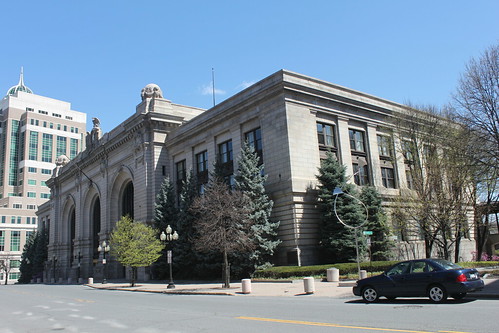 The Station received 96 trains per day in 1900, 121 per day during World War II, and served as the Capital District’s main railway station until 1968.

Check out my Flick gallery for more photos from Albany.