Your Guide to Slow Boats in Laos 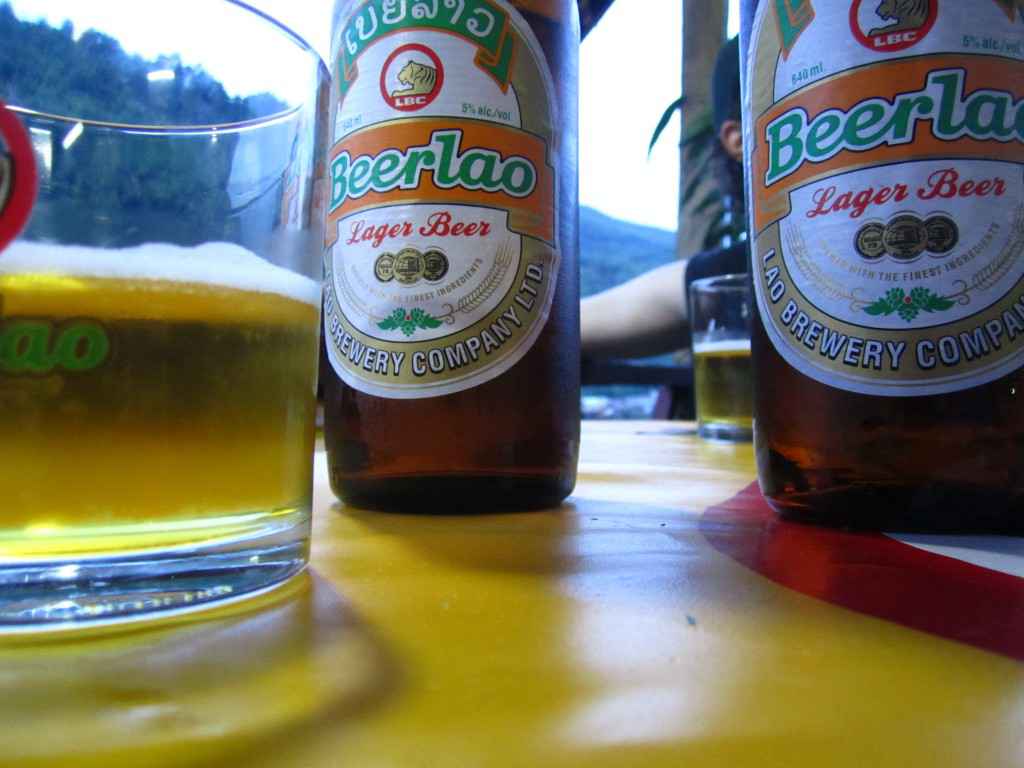 The Lack of Culture

What I mean by lack of culture is the outside, in-your-face culture. If you’re a traveler it’s hard to find. Lao food, for example, is not readily available. The majority of cafes have one thing on the menu: sub-standard imitation Vietnamese noodle soup pumped up with MSG. I didn’t see any real Lao food until I went to the Vientiane night market (which I was very impressed with).

The Thais and Vietnamese have things that make them distinct, and the Laotians really don’t. A reason for that may be their small population of 7 million, compared to 64 m in Thailand and 90 m in Vietnam, and because of the 61 years of recent French colonial rule.

Being an optimist, I’m thinking perhaps there is more Lao culture inside the home.  My travels have taught me that there are outside cultures and inside cultures. Unfortunately I was unable visit inside the home of a Laotian family, so I can’t comment.

Every traveler had told me, Lao people will be the friendliest, most laid back people you will meet.  And I agree with that statement for the most part. I did meet many friendly people and Laotians are so laid back almost to a fault.

I would even go so far as to say the majority of the population are friendly and decent. However, I would add that the majority of people in the tourism industry (or those who deal with foreigners) are unfriendly and dishonest. Countless times my bill after eating included items I had not consumed and in most towns I walked three km or more from the bus station into town with my pack instead of paying an inflated price to a tuk-tuk driver.

Furthermore, Laotians are at times the laziest people I’ve ever met. So it’s hard sometimes to get things done that a traveler might need.

In addition to this, I was treated much differently while traveling with my Asian friend compared to when I was alone. I was left wondering whether racism played a role in this.

Most frustrating for me while traveling is not being able to operate on the local economy. Prices in Laos were inflated for foreigners, and we are not given the chance for any other option. Well, I thought, maybe that is the price we pay being “rich” visitors in one of the “poorest” countries on earth. Well, bordering Cambodia is also near the bottom of that “poor country” list and travelers are able to operate on the local economy there.

I think one of the main differences with Laos is the fact that most locals can’t even afford to travel around their own country or eat outside of their home. This is just one example of what keeps prices for two of traveler’s necessities higher.

The rest of the time I was quoted higher prices because I’m a foreigner and many travelers just pay higher prices without thinking too much about it and locals know they are “rich” because of several reasons I don’t need to mention.

I still like to be treated equally and I like to be given a fair price in the local economy.  I like to bargain in a friendly way with vendors at the market or with guesthouse owners. Getting an honest price makes me feel like everybody else; makes me feels accepted by the people of the country in which I’m traveling.

The Rise of Tourism

Part of the development of two economies may be due to such a rapid rise in tourism. In the past 20 years, international tourists have gone from 80,000 to 1.8 million. That is a huge increase: difficult for a sleepy landlocked country to digest. One in every 11 jobs is in the tourism sector.

Tourism is affecting Laos and its people in a tremendous way. The Lao people are either changing due to their constant contact with westerners or else they have simply adjusted by treating foreigners in a different manner.

Most travelers coming either to or from Thailand will notice a huge drop in quality from everything Thai to that of Laos. In Laos, you’ll pay more for pretty much everything and it will be of much lesser quality. One reason for that is because almost nothing is made in Laos, and therefore imported goods are more expensive. For other things, like accommodation and local food, I don’t have an explanation.

The one exception is Beer Lao, the ubiquitous national beverage. It is cheaper than any Thai beer and is actually better quality too. However, every ingredient except the rice is imported.

I traveled in Laos for almost a month to nearly every part of the country. I very rarely speak negatively of a destination, and had I visited Laos 10 years ago, I probably wouldn’t have had the opinion I do today.

I wouldn’t even say that I would not re-visit Laos. I might (certain places, like Champusak, Muang Ngoi, and Si Phan Don were among my favorite in all of southeast Asia). And I certainly wouldn’t recommend that you skip Laos on your tour of southeast Asia.

All I’m saying is that Laos wasn’t the county that people described to me. It is a changed place, affected by tourism, and a difficult place to travel within the local economy.

Go to Laos; check it out for yourself. There are still great places for independent travelers to visit, lots of friendly people, and plenty of adventures to be had.