No Snow, No Problem: 5 Awesome Activities Around Park City, Utah 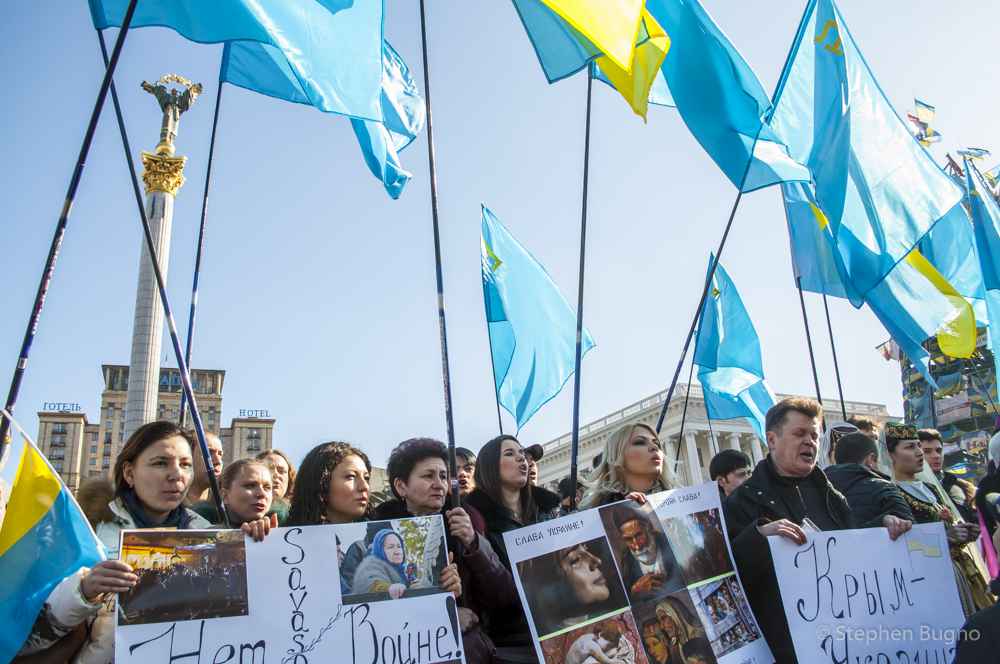 I’ve had a fascination with the former republics of the Soviet Union since the early 2000s. I studied Russian at university and my interests in Eurasian cultures led me to volunteer in the US Peace Corps in Uzbekistan for two years. This only continued to fed my unusual appetite for all things former USSR. As I traveled around Uzbekistan, I scoured flea markets for Soviet memorabilia, obsessively photographed Soviet monuments and public art, and above all, set a course to travel across most of these central Asian republics we refer to as the ‘Stans. 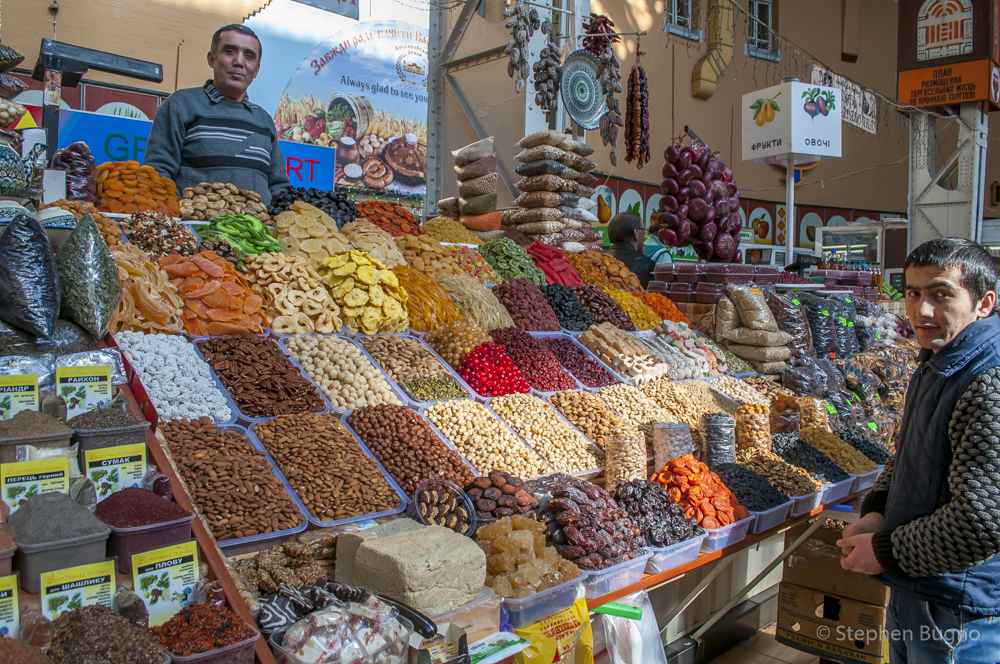 Uzbek vendors at a Kyiv market.

In 2004, I traveled to Kyrgyzstan and Kazakhstan, then across Turkmenistan to Azerbaijan. Later I visited Georgia and Armenia. On a more recent trip to Europe, I briefly stopped in Estonia, Latvia, and Lithuania. Most of these countries have a special place in my heart, whether they were just intriguing to me, or I met really kind people there, or just the fact that most of these places don’t have a lot of tourists and I felt my experiences there were the rawest form of travel.

The most important thing I pulled away from all these trips was the incredible diversity of cultures across the former USSR. From the Kyrgyz and their semi-nomadic horse-riding culture to the Georgians and their wine-making to the ancient madrasas and mosques of Uzbekistan to the medieval old town of Tallinn. To think this was all part of one state! 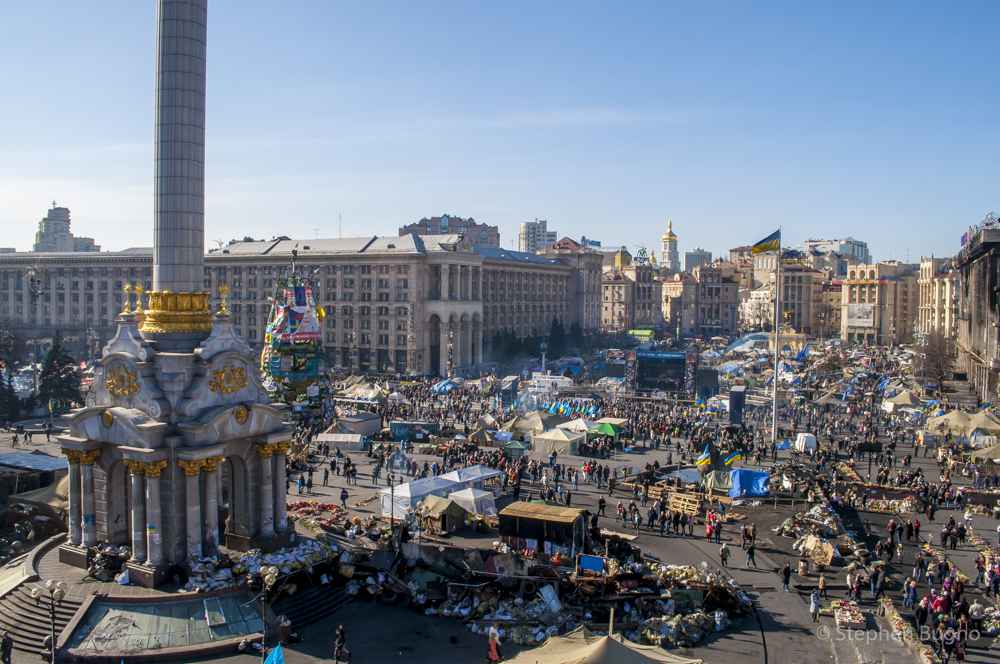 About the political state of Ukraine

I visited the Ukraine back in March (2014). In the week’s leading up to my visit, I kept emailing my friend every week: “Is it still alright to come?” “Yes, he assured me.” The violence and revolutionary activity was confined to a few block radius around the city’s Independence Square. Maidan Nezalezhnosti was about a twenty minute walk from his apartment. The situation seemed to be changing on an almost daily basis in Ukraine. A short time before I arrived, pro-Ukrainian supporters and forces had occupied the main square of Kiev. It was as if Ukrainians were waging a revolution to seize control of their own country. 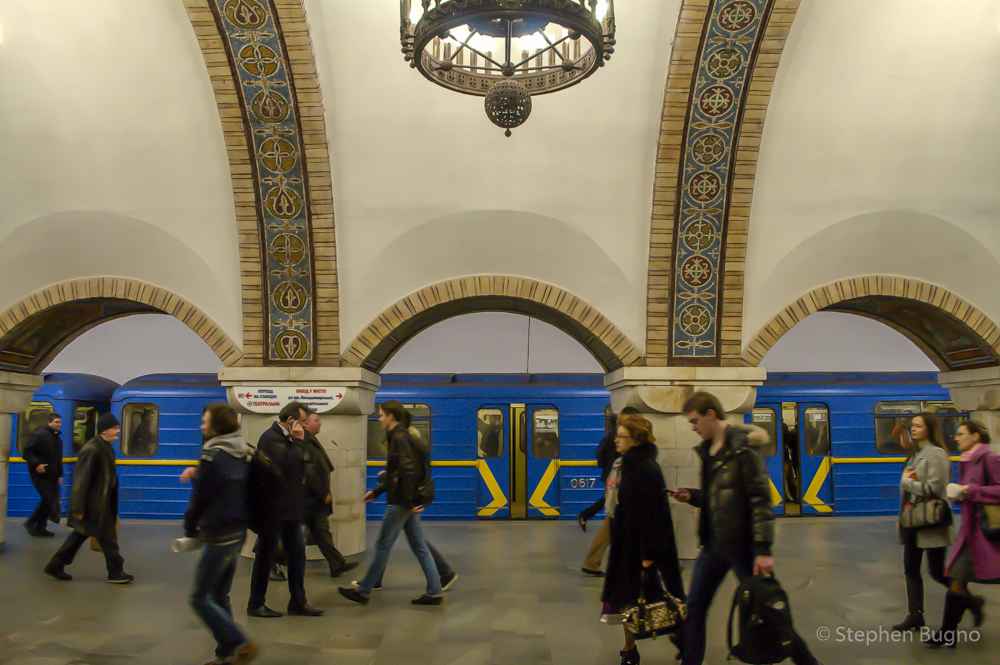 What I found in Ukraine

Based on some articles I had read over the last couple years, I was expecting to find some real desperation in Ukraine. A heroin epidemic. The worse AIDS rate in Europe and one of the fastest growing in the world. The condition of juvenile prisons. Not to mention the fire fighting in the Maidan between authorities and pro-Ukrainians on the nightly news.

During my three weeks, I didn’t see much of Ukraine’s desperation. Rather, quite the opposite. I rode on an outstanding rail network with comfortable and inexpensive tickets. I met talented, energetic, and optimistic Ukranians across the country through couchsurfing. My travels took me mostly to western Ukraine. I can’t comment about the eastern half of the country, which is majority Russian-speaking, and now mostly controlled by Russian-supported rebels. 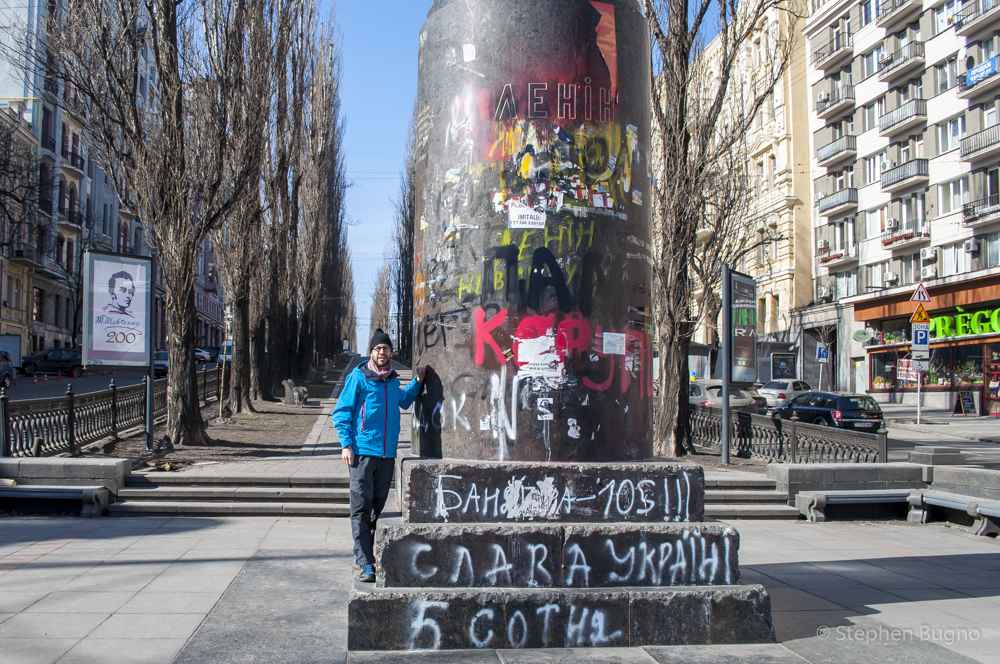 Most of the Lenin statues in western Ukraine have either been removed or destroyed. This is one in Kyiv.

Yes, much of the infrastructure is crumbling and I can’t convince myself that such desperation I had read about does not exist, but in my experiences I was continually impressed in many regards by what I saw. Why does Ukrainian railways have a more sophisticated and easier to use online ticket purchasing website than that of Germany or Italy? Why is is so easy to call a cab with user-friendly apps in Kiev? Why is culture and art at such an impressive level?

My personal feeling about things Soviet

Part of my time in Ukraine was spent personally grappling with my feelings and reaction to things Soviet. In this instance, I’m mostly referring to apartment blocks and Soviet-era urban planning. This paints an overwhelmingly gloomy atmosphere to most cities. The curious thing about this is that it is comforting and depressing at the same time. I was comforted by the fact that if placed in a block of apartments, I’d be unable to tell Chernihiv, Ukraine, from Navoii, Uzbekistan. How can that be? Easy. Soviet central planning. This theme was played up in the classic satirical Soviet film The Fate of Irony, or Enjoy your Bath.

The apartment blocks of Chernihiv, Ukraine look like that of any other Soviet-built city.

There are some superb relics of the the country’s Soviet past (beyond drab apartment blocks and half-destroyed Lenin statues), but the most interesting aspect of Ukraine I found to be its European-ness. Because I’ve spent so much time in the Asian parts of the former USSR, combined with the fact that culturally Russia is neither East nor West, I felt so drawn to Ukraine’s European history, culture, and architecture. This is what I was craving to find in Ukraine and my success for finding Europe here, only supports the notion that Ukraine is part of Europe and looks westward.

Lviv is considered to be Ukraine most elegant and European-looking city.

My depression and overall gloom from a visit to Chernihiv culminated when visiting a local guy, a friend of a friend. He was a successful entrepreneur with a self-running business and too much free time on his hands. He was bored out of his mind from lack of stimulation and it seemed that each and every minute more that he spent in Chernihiv was sucking the remaining sharpness and intelligence out of his brain. His only way out of this was to host foreign couchsurfing guests and plan a long-distance hitchhiking trip across Asia. 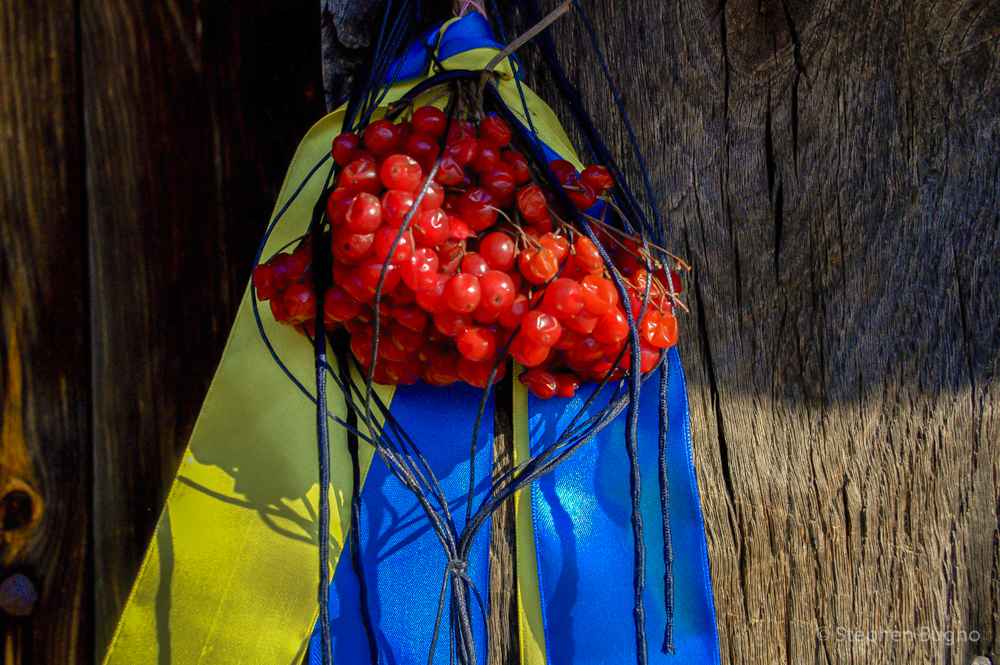 Why I went to Ukraine now

But it wasn’t all downers. Surprisingly, I actually saw a lot of hope and optimism while traveling through Ukraine. Plus, I had fun visiting my friends. That was the real reason I went to Ukraine at this time. He and his now-wife were living there for more than a year and before they moved I wanted to visit and see a little bit of the country. Part of the purpose was to have some kind of bachelor party of sorts. When his fiance had taken off for a girl’s weekend in Venice, we planned a couple of days of post-Soviet celebration by renting out a private banya, or bathhouse, with a bunch of friends and ordering out Armenian shashlik and lavash, and drinking plenty of Ukrainian beer and vodka. We enhanced our post-Soviet weekend with Russian caviar, Uzbek bread, and Moldovan wine.

Cheers to good friends who welcome me back no matter where in the world we are living!