7 Views out my train window

Photos from the Road: Punakha Dzong, rice paddies and a Madman 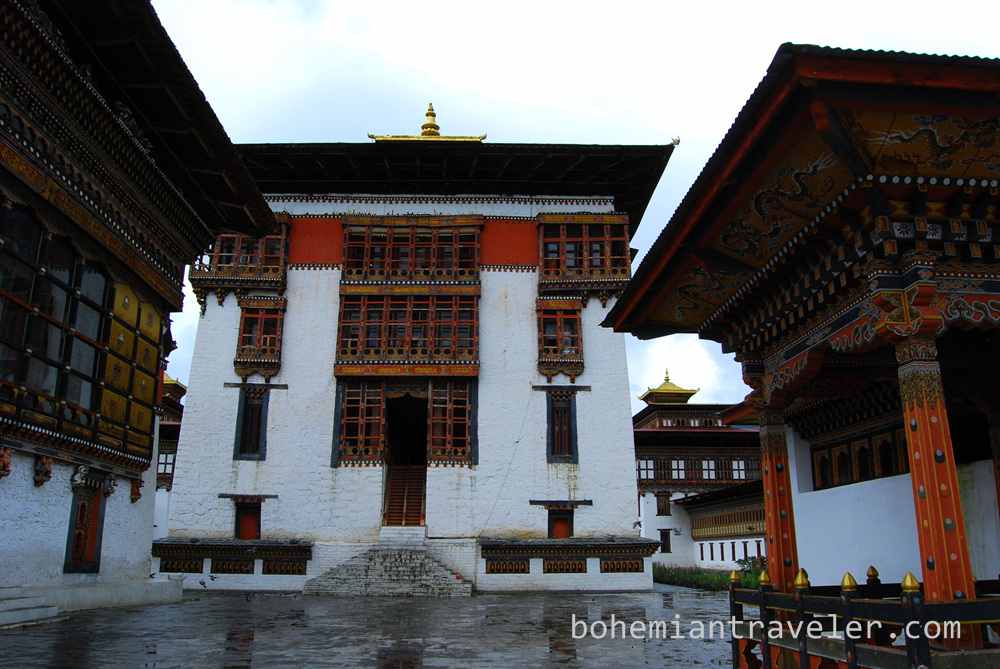 The dzong is the predominant architectural feature of Bhutan. You’ll see one in nearly every city you visit. It was these fortresses that repelled the Tibetan invasions throughout the centuries. But the dzong is more than a fortress—it’s a combination monastery and civic government building. They are strong and the architecture is beautiful, but their downfall is that they tend to burn down every century or so. Don’t miss Punakha Dzong and the Tashichho Dzong in Thimphu. National dress is important to Bhutanese culture. You’ll see may people wear it on a daily basis. National dress is required (for Bhutanese) to enter a dzong—an official government building. Men wear a gho, a knee-length robe tied at the waist by a belt known as Kera. Women wear a Kira, a long dress accompanied by a light outer jacket known as a Tego and with an inner layer known as a Wonju. Men also put on a scarf called a Kabney during formal occasions.  The Kabney’s color denotes the wearer’s status or rank. 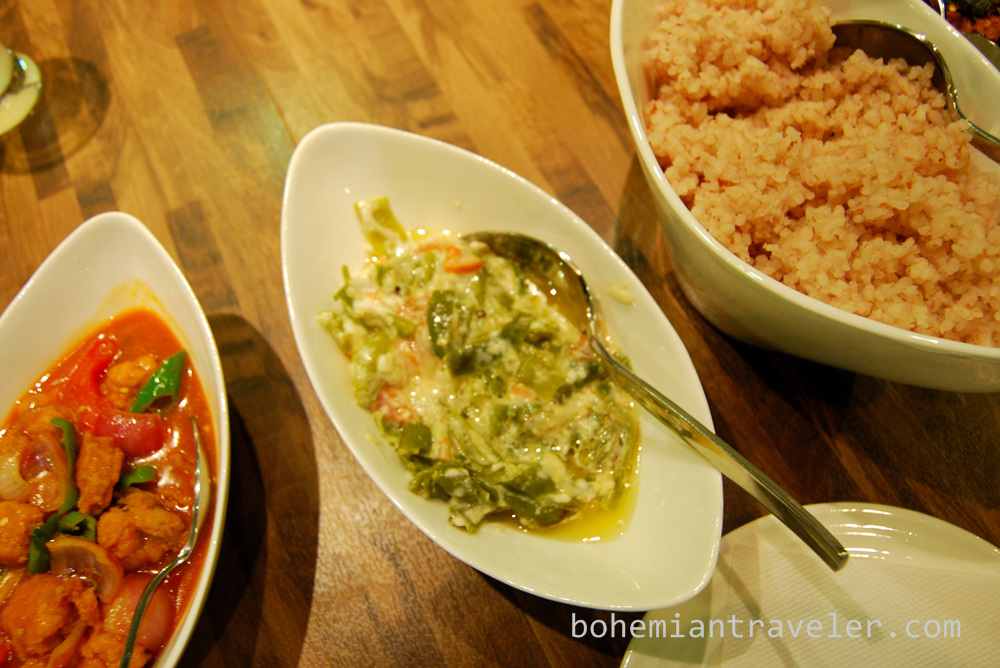 The most distinctive characteristic of Bhutanese cuisine is its spiciness. Chilies are an essential part of nearly every dish.  Most meals I had to ask especially to make my food less spicy. I normally like spicy food, but the Bhutanese take it to a new level. Perhaps their favorite dish is Ema Datshi, which is cooked chili peppers dripping in delicious liquid cheese (datshi). Yum! Variations on Ema Datshi include adding green beans, ferns, potatoes, mushrooms or switching the regular cheese for yak cheese. 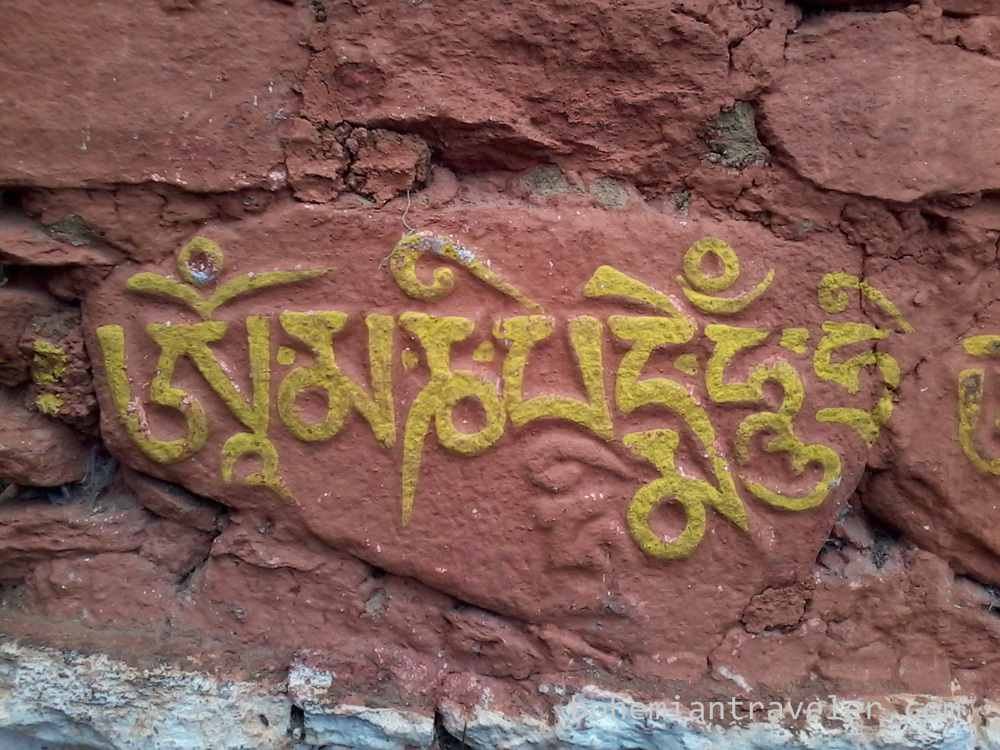 The national language of Bhutan is Dzongkha, the native language of the Ngalops of western Bhutan. Because of the mountainous terrain, over nineteen dialects have developed over the centuries. Despite this, I noticed oddly enough that many English words have crept into the Bhutanese lexicon. Also, English is understood quite well. Dzongkha is usually written in Bhutanese forms of Tibetan script.

Buddhism is the dominant religion in Bhutan. You’ll see temples on hillsides, prayer flags in the mountains, and monks nearly everywhere. Bhutan is considered the last stronghold of Vajrayana Buddhism. Buddhism was first introduced here in the 8th century. However, freedom of religion is guaranteed by the constitution, and there is a sizable minority of Hindus (25%) as well as a small number of Christians and Muslims.

What was once the main way to defend themselves during battle, has now become the National sport. On a sunny afternoon in August we attended an archery tournament in downtown Thimphu, but they can be enjoyed around the country. No tickets needed, we just walked right in and watched. Festivals and holidays are also a great time to catch a match in action. The bow and arrow play a significant role in many Bhutanese myths and legends as well.