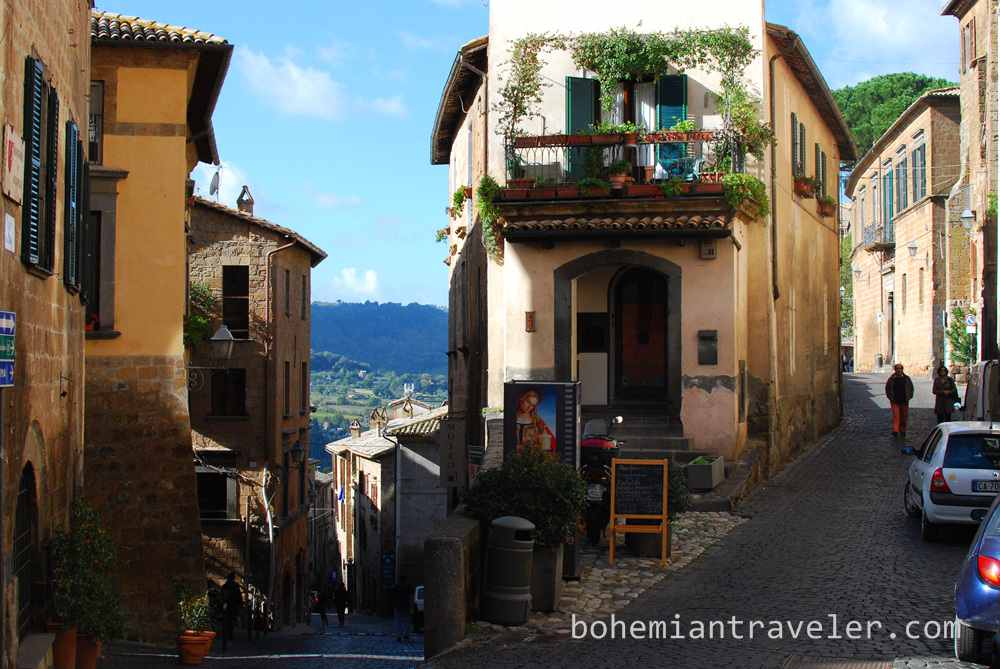 Orvieto is Umbria’s imposing hill town. You won’t notice much, pulling in on the train. The city is perched a thousand feet up on a piece of volcanic tuff rock. You’ll need to take the funicular up the hillside to reach the city. Orvieto is an easy day trip from Rome. But it’s better to stay a couple days.

Orvieto is a bit touristy by day, but not many people bother to stay the night. Orvieto is known for its Cathedral and Orvieto classic wine, both of which you should take in while you’re here. For me, just walking around the city was a pleasure: ancient buildings, twisting streets, and views from the edge of the rock out to the Umbrian countryside below.

Orvieto also offers its Underground Orvieto tour, a guided tour through the spaces below the city’s surface. The ancient Etruscans chiseled storage and work space into the soft tuff rock. You’ll see rooms dedicated to raising pigeons and the remains of an olive press. 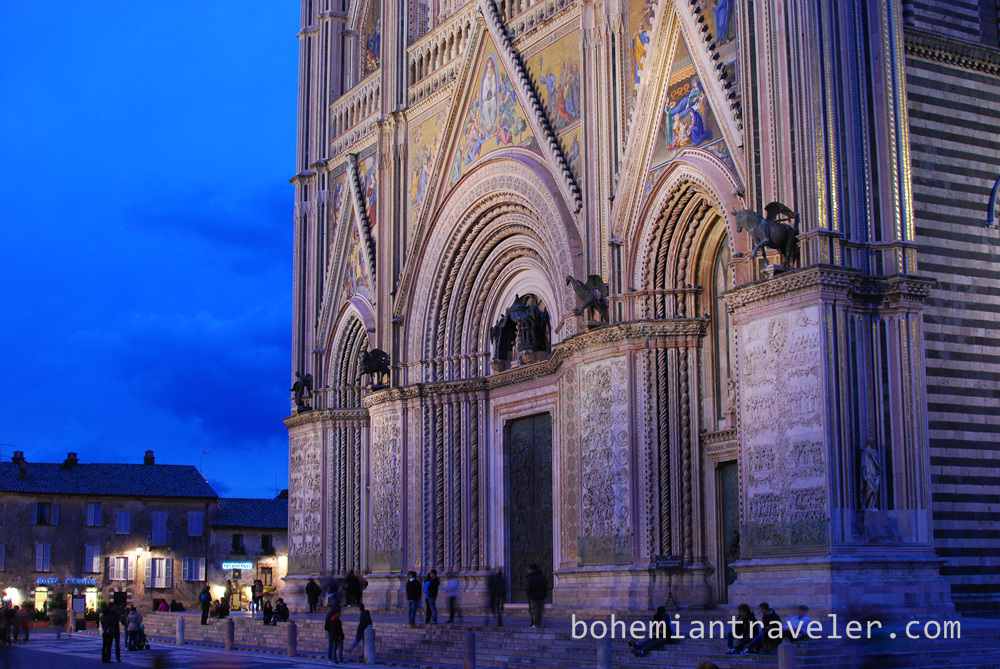 The facade of the Duomo at night.

The Cathedral is most impressive. The colorful façade, dating from 1330, is comprised of mosaics, stained glass, and sculpture. The inside is big and well-lit, featuring black and white striped stonework. The reason it was built: to display the relic of the Miracle of Bolsena—when the Communion bread began to bleed during a Mass in 1263.

For a good view above Orvieto, climb the Torre del Moro, a square tower rising above the center of the old city. Leave yourself plenty of time to explore the back streets and discover other small churches and random viewpoints from different directions. 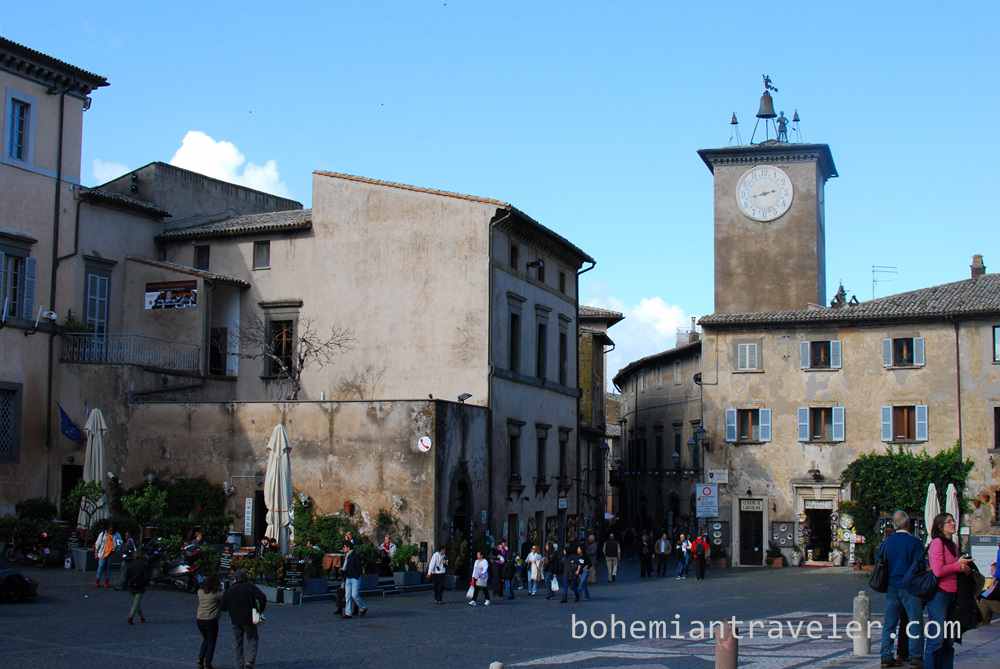 Piazza Duomo from the steps of the Cathedral

View the rest of my photos from my few days in Orvieto: 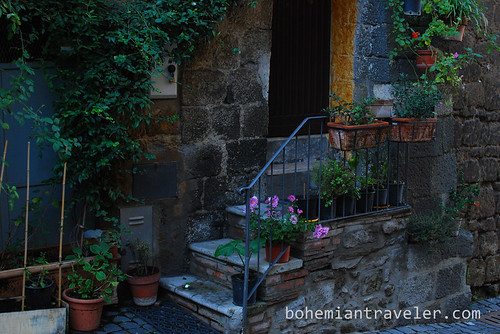 The doorsteps of a home. 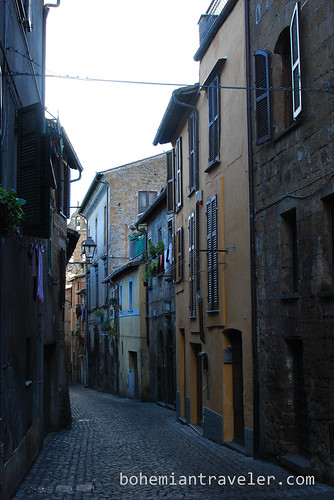 The narrow backstreets of Orvieto. 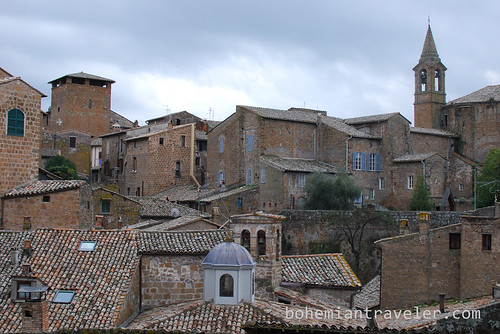 View over the roofs of Orvieto. 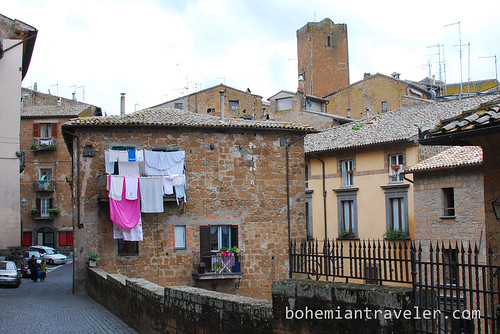 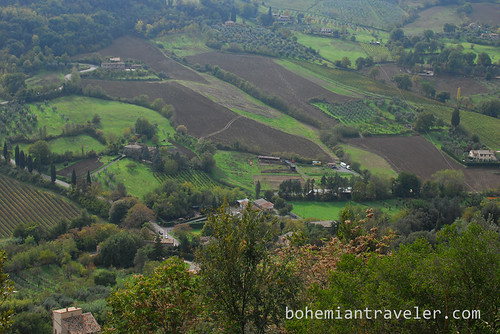 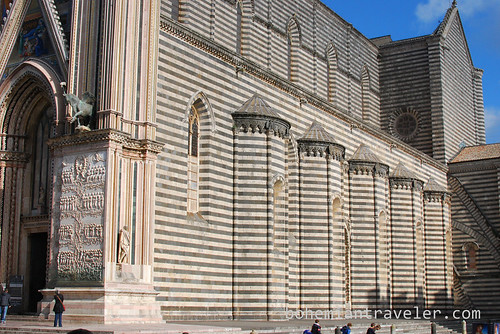 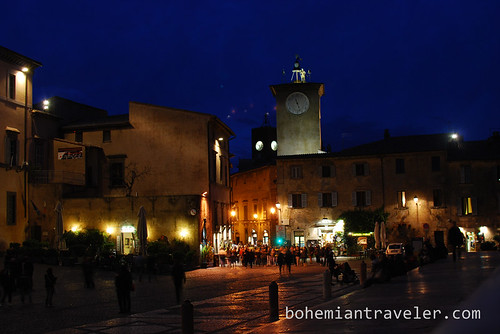