On America’s Roads: To Nashville

On America’s Roads: Before I Begin

On America’s Roads: Pushing further West—across the Mississippi to Arkansas

On America’s Roads: To Nashville 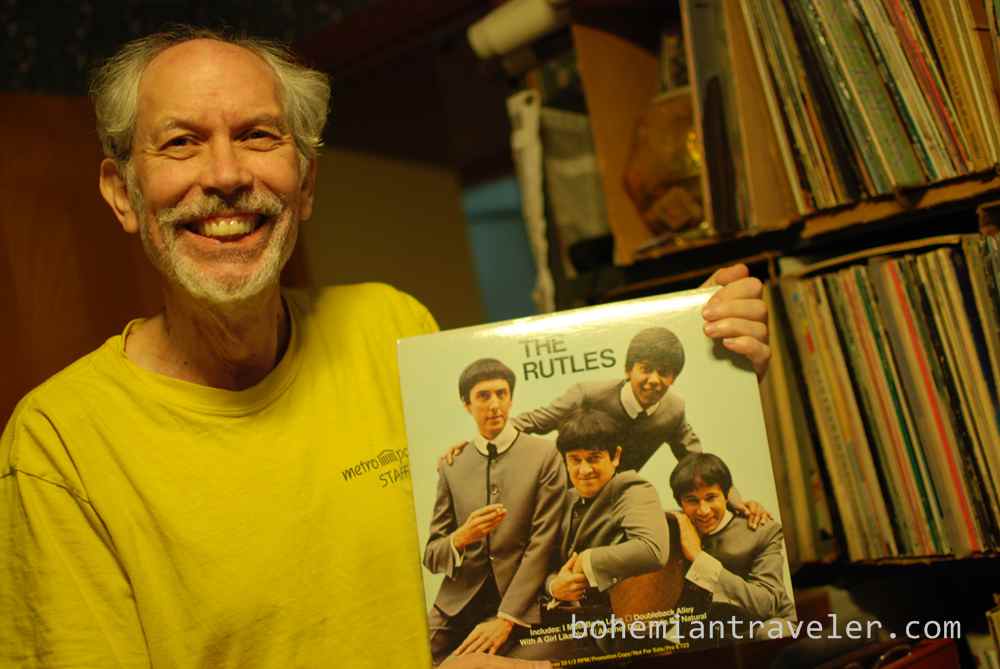 Uncle Jim shows me one of his records. Over the years, he amassed nearly 15,000 to his collection; of which only a few hundred of his favorites remain.

Even though I make an effort to avoid the interstate highways, we couldn’t avoid Interstate 81 through Virginia.  It took us in exactly the direction we needed to go and it’s got to be one of the prettiest stretches of highway in the country. The part we drove paralleled the scenic Blue Ridge Parkway for a couple hours.

Before Knoxville we crossed into Tennessee and onto the boring I-40. The excuse this time for taking the Interstate—I wanted to get to my uncle’s house before 4pm in order to spend as much time with him and my aunt as possible. I knew we’d be leaving early the next morning.

Entering Tennessee the things that stand out to me are full billboards displaying the Ten Commandments and the anti-meth campaigns warning us that “meth kills” and “meth destroys families”.

Nashville is the Music City and music is the reason my uncle moved there from Pennsylvania. “Nothing was happening” musically in northeastern Pennsylvania where our family is from, which drove him to Philadelphia. After years of writing concert and record reviews for papers in Philly, as well as some for Rolling Stone, he left for Nashville.

On the couch tonight we talked about the music business and how it’s changed over the years. There isn’t much of a need for song writers anymore, although he had some success back in the 80’s selling a song that Ray Charles covered, as well as Grover Washington/ BB King. But by far the most popular is the killer rendition of Caught a Touch of Your Love by Diane Shure we watched on video. You can listen to the live version on YouTube below.

I paralleled the changes in the music business to those for writers. Freelance writers have had to adapt in recent years as print media is dying. I touched on the subject of print media and how there’s still some kind of prestige in seeing your work in print and the fact that someone liked your writing enough to publish it the traditional format.

He brought up the point of ego and if that’s the only reason to want to be published in print. Good point. He mentioned the guys that score the music for Survivor. They write and compose music every day and they make a good living. But they don’t get number one hits, they aren’t on the radio and their faces don’t appear on their album covers. Right now blogging earns me a living, albeit just enough to survive, but it’s enough to keep me on the road.

We perused through Uncle Jim’s 400 CD jukebox playing our favorite songs—mostly 60’s and 70’s rock. We also got an appreciation to Bruce Springsteen—early Bruce, he stressed—nothing past his fourth album. The DVD showed a scrawny kid from Jersey with a knit wooly hat running through a lifetime of emotion on stage at the Hammersmith Odeon in London just after Born to Run came out in 1975. The band was tight then and Uncle Jim recalled seeing the Boss several times in small Philly clubs back in that era.

“They’d play for like two, two-and-a-half hours and you’d leave the club exhausted.” Bruce kept the drama high—bringing tons of feeling and highs and lows into his live performances.

Uncle Jim thought, felt, listened to, and wrote music, those years in Philly, and later in Nashville—the same way I think, feel and write about travel today.

Travel is my music, I told him. We left it at that and called it a night.