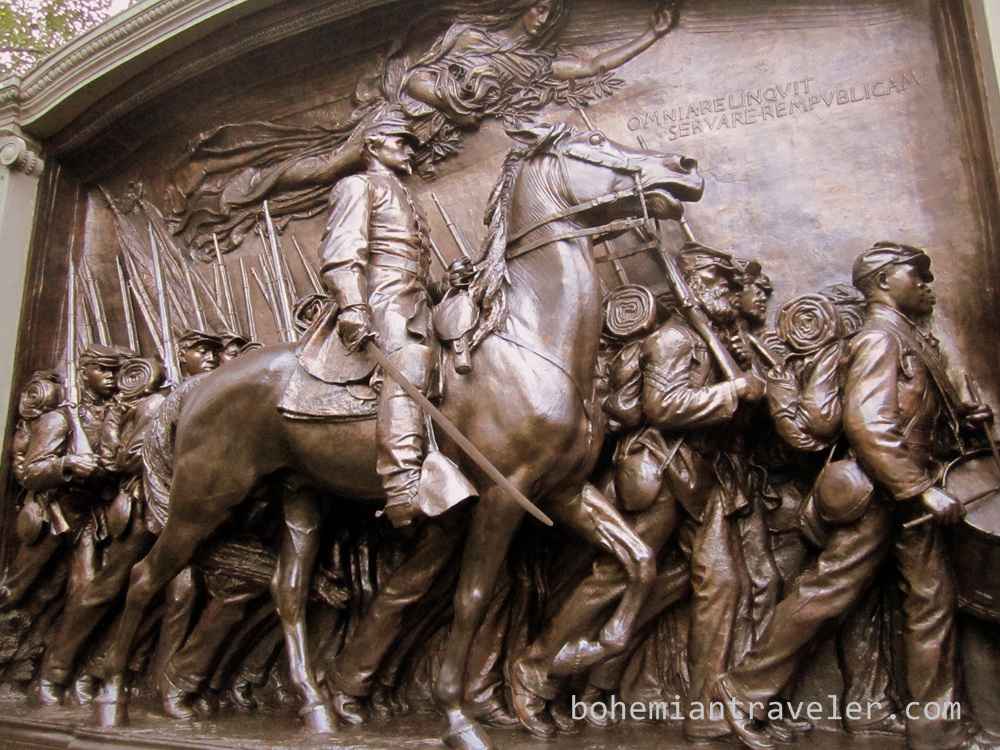 The Connecticut River Valley seemed to be filled with off-the-beaten path interesting sites. I already wrote about the Cornish-Windsor Bridge, and visiting the Harpoon Brewery over in Windsor, known as the birthplace of Vermont, where their state constitution was signed.

On the other side of the river in New Hampshire, just north of Cornish, some local friends of mine introduced me to the Saint-Gaudens National Historic Site. I had driven past weeks earlier, knowing nothing of Saint-Gaudens or his work. This time we would stop and wander around the property.

The site is the former home, studios and gardens of Augustus Saint-Gaudens, one of the United States’ greatest sculptors. Saint-Gaudens, who died in 1907, was an Irish-born American sculptor who embodied the ideals of the American Renaissance.

Over 100 of his artworks can be seen in the galleries, from heroic public monuments to expressive portrait reliefs, and the gold coins which changed the look of American coinage. They also offer sculpture classes, a summer concert series, and walking trails.

Just up the road from the Historic Site is a property where you can pick your own flowers and pay what you like. It’s left unlocked and visitors can wander through the garden and leave a donation when they leave. We visited right before nightfall and collected a bunch before it got dark and began to rain. They even have vases in which to put your bouquet for the ride home.

Check out my Flickr gallery for more photos from the Connecticut River Valley near Cornish, NH. The former home of Saint-Gaudens Gardens around the home of Saint-Gaudens A sculpture of Saint-Gaudens Juno Kim with a sunflower With our friends at Saint-Gaudens