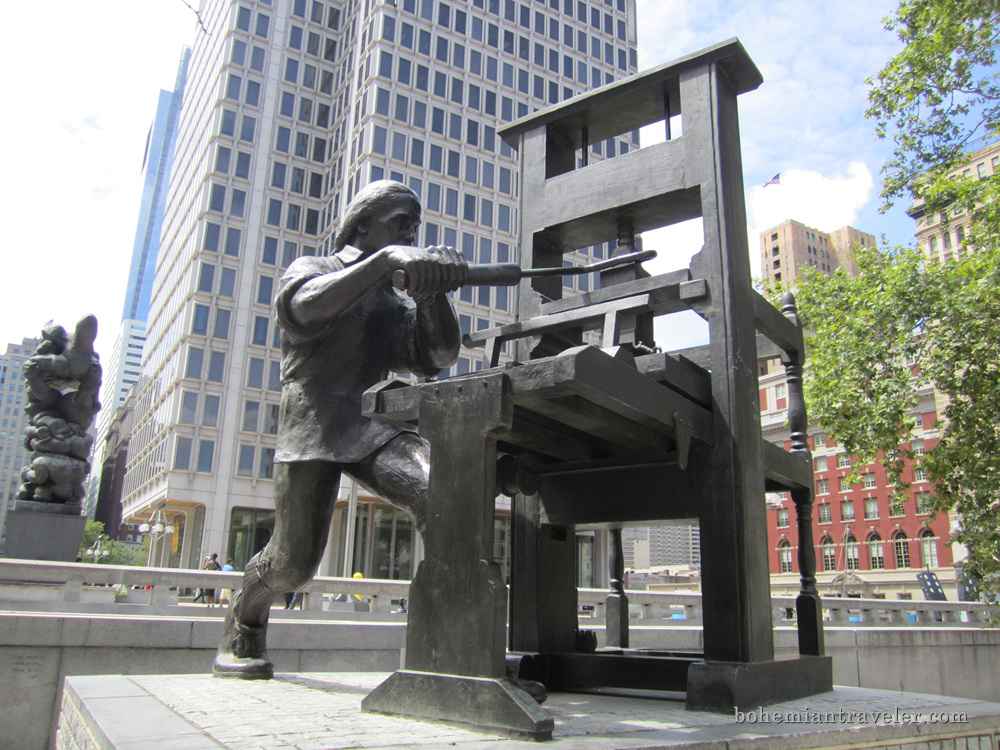 Philadelphia is best known for its groundbreaking Mural Arts Program, which has produced some 3,000 murals city-wide and led to the city being called Mural City USA. I will talk more about the Mural Arts Program in an upcoming post, and share photos of the murals as well. But for now I just want to give you a flavor of some of the other public art that Philadelphia is filled with: sculptures and statues.

Although most statues in town are of either William Penn or Ben Franklin (and consequently most who answers to Philadelphia trivia are either of these two men) I tried to include the lesser-known statues and stories of Philadelphia public art beside those most popular and typical. The Viking Thorfinn Karlsefni’s expeditions were recorded in The Saga of Eric the Red, an epic tale describing their arrival to North America in the 11th century. The gate in Chinatown Philadelphia. A memorial beside the Philadelphia Museum of Art commemorating the Armenian genocide by the Ottoman Empire. Coming directly from Gettysburg, I was quick to notice this statue of McClellan, general of the Union forces during the battle of Gettysburg, in front of Philadelphia City Hall. This statue of Jesus breaking bread stands outside of the Basilica in Philadelphia. This monument commemorates Copernicus and stands controversially close to the Basilica. Take that Catholic Church!