A Year’s Worth of Currency from Asia

A Year’s Worth of Currency from Asia 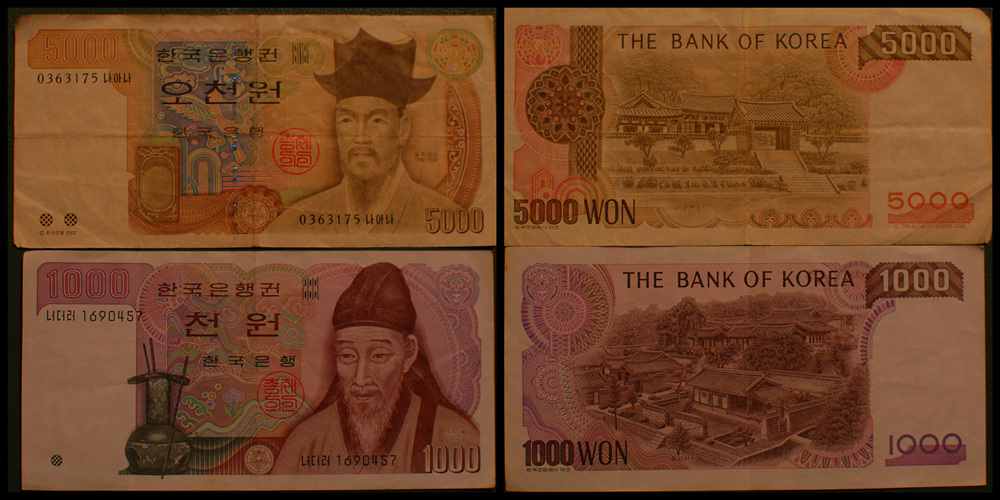 After a year of traveling around Asia, I collected a lot of currency. Often times it’s leftover (on purpose, in hopes that I’ll return) but I’m also mindful of stashing away several small bills as a souvenir. I also keep coins. I think they are the best possible momentos.

One thing that originally got me interested in travel and other cultures was a collection of coins that my Grandfather had passed down to me. While serving in the second World War he picked up various European coins from the early 20th century.

Despite the convenience  and prevalence of credit and debit cards in some places, every country I visited this year was a cash society. I don’t think I used my credit card once. Even in some places that we associate with modernity and reliance on technology, like Japan for instance, has stubbornly rejected plastic in favor of paper money

In 2013 I visited 10 countries. Here are most beautiful bills from a year of travel.

Do you collect currency? What countries are some of your favorites?